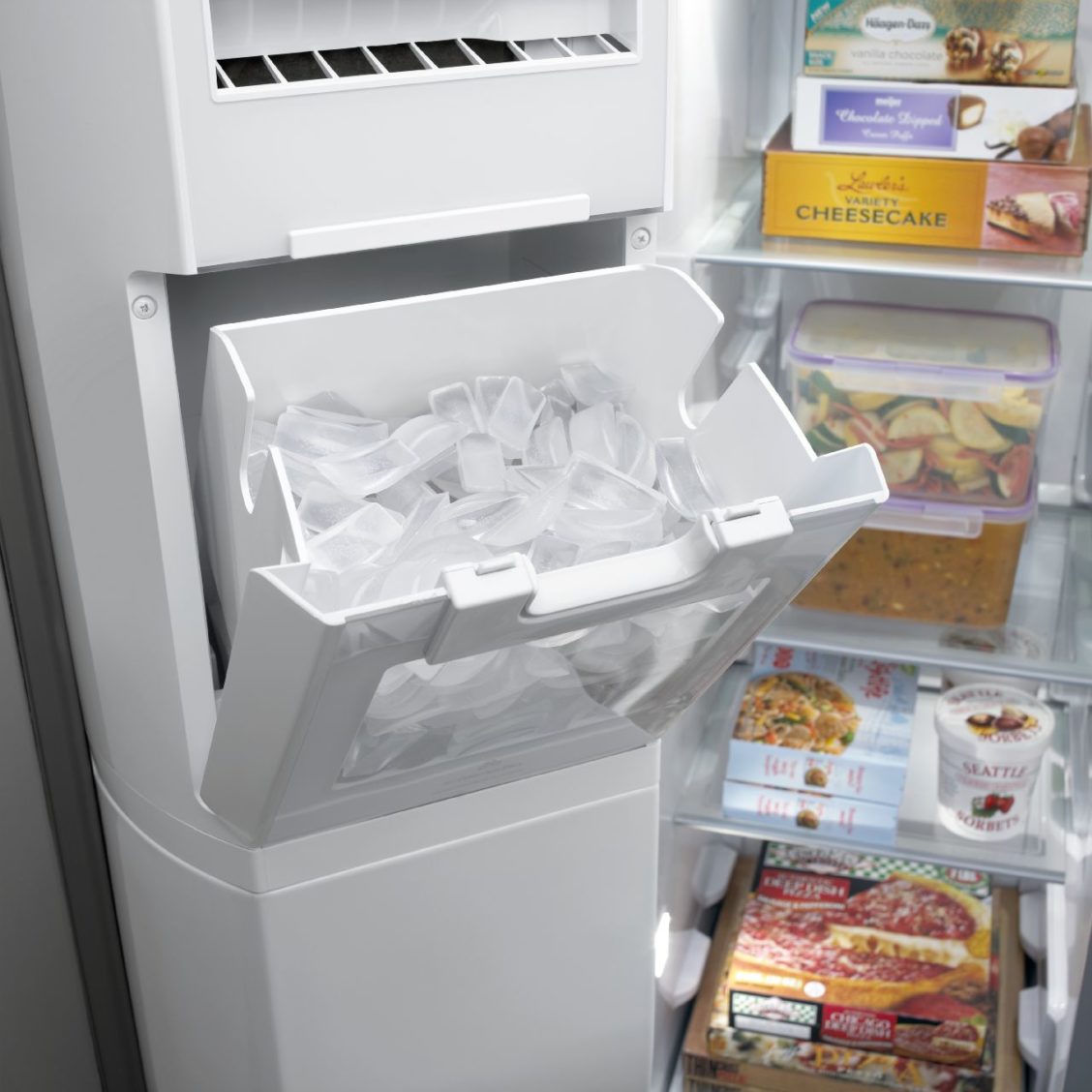 If you have an ice maker in your refrigerator, then you depend on it to provide you with a steady stream of ice. However, when the ice fails to flow and you inspect your ice maker only to find it as a clump of ice itself, this is an indicator of a problem. While you can keep thawing out your ice maker in hopes of getting it to work, it is much less work just to figure out what the problem is.

The first issue you will want to check is the temperature of your freezer. It is possible for it to be too cold. It freezes the water into ice too quickly and this can cause it to become stuck. It is recommended to keep your refrigerator at 0 degrees F.

The next potential cause is a faulty water inlet valve. If your ice maker is all frozen up, then it could be because the refrigerator let too much water in. That water became ice and it clogged up the ice maker. This issue can also be caused by a leaking fill line. In this case, you may spot ice in areas other than the ice maker as a steady flow of water drips into the freezer.

Finally, the ice maker itself could be faulty. The ice maker is made up of a motor and a small circuit board. If either of these malfunctions, it could result in the ice maker overfilling or even the ice forming properly, but not actually dispensing.

Unfortunately, because repairing an ice maker involves some disassembly as well as thawing out your freezer, it may be something better left to a professional to repair. Refrigerator problems are often straightforward enough, but ice makers, though simple, can be difficult to troubleshoot. Sometimes it is just easier to leave it to a trained hand.