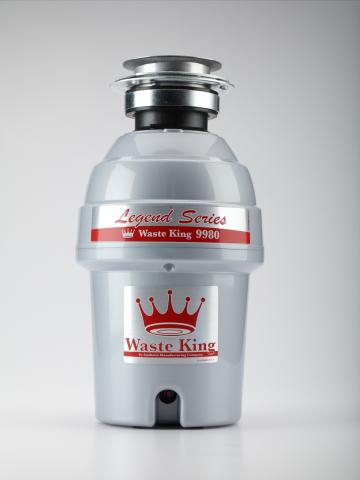 Due to the fact that it is out-of-sight, you would not be alone if you do not know what condition your garbage disposer is in, or even what brand it is. However, it is important that you check the brand name and model number of your garbage disposal unit as there has been a massive recall of garbage disposals produced by Anaheim and Moen due to the fact that these units can cause injury. If you have a garbage disposal in your home, here is everything you need to know about this recall.
The Reason for The Recall
On April 11, 2017, garbage disposal manufacturers Anaheim Manufacturing Co. and Moen Inc. recalled nearly 150,000 units due to the fact that a hard metal component inside the garbage disposal can become dislodged and come out of the disposal during use posing an impact hazard. At the time of the recall, Anaheim and Moen had received 22 reports of metal components coming out of a disposal, with three of these incidents including reports of broken components hitting consumers. Fortunately, no injuries have been reported as a result of this recall.
The Affected Units
The recall involves ¾ and 1 horsepower garbage disposals sold under various brand names including Barracuda, Franke, Frigidaire, Gemline, Kenmore, KitchenEater, Moen, and Waste King (a full list of recalled units can be found here). The recalled units were sold at Best Buy, Menards, HD Supply, and at plumbing supply stores nationwide as well as online at retailers such as Amazon, Costco, Home Depot, and Walmart. The affected garbage disposers were sold between December 2015 and March 2017 for between $80 and $450.
What You Should Do
If you believe that your garbage disposer is one of the recalled units, the most important thing for you to do is to stop using the unit and contact Anaheim Manufacturing. They will be able to help you confirm whether or not yours is one of the affected units, and if it is they will arrange for a free replacement to be installed at no cost to you. Contact us to learn more about recent product recalls as well as to find out how we can help you with any of your appliance repair needs.
Spread the love